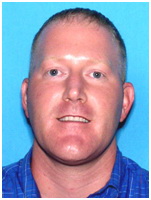 On May 11, 2009, Mark Harriss parked his vehicle by his apartment located at 412 NE 7th Avenue and exited the vehicle. A witness advised he heard several shots fired. Harriss was located next to his vehicle with several gunshot wounds. Harriss was known to live an alternative life style. Harriss was pronounced deceased on the scene. 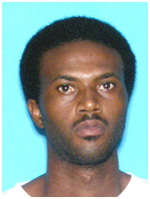 On October 10, 2007, Demetrius Williams was a passenger inside a vehicle which was traveling in the 1000 block of SW 4th Street near Auburn Trace. Williams was shot and pronounced deceased on the scene. 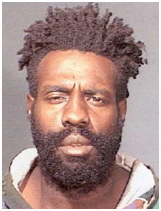 On November 1, 2006, Andre Steward was found deceased on the north side of his residence located at 336 SW 5th Avenue. Stewart was known as the “rent man” and rented apartments to subjects in recovery.

On May 29, 2006, Robert Jordan was found deceased in the driveway of an associate at 330 SW 1st Avenue. Jordan was thought to be involved in drugs. 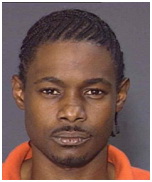 On December 18, 2005, Andre Ramsey was walking in the 500 block of SW 7th Avenue when a vehicle pulled up alongside of him. Witnesses advised the driver motioned to Ramsey and they heard Ramsey yell “no”; this was when the driver shot Ramsey. Ramsey was transported to Delray Medical Center where he was pronounced deceased.

On March 10, 2004, Ernest Beverly was at his residence, 229 NW 8th Avenue with an associate when an unidentified subject knocked on Beverly’s door. Once Beverly opened the door the subject forced their way into the apartment and shot Beverly. Before leaving the subject rummaged through the residence. Beverly passed away as a result of the shooting.

Antoine Jean-Charles was providing a friend, who was traveling to Haiti, a ride to the airport. The friend was a carrier who transported supplies to Haiti. As Jean-Charles and the associate were loading Jean-Charles’s white cargo van they were ambushed. During the ambush, Jean-Charles was shot and eventually passed away from the injuries. Jean-Charles van and the merchandise that was intended for Haiti were stolen.

On August 24, 1998, Sondra Better was working as a sales associate inside a local Consignment Shop located at 3175 S. Federal Hwy. when an unknown subject entered the store. Better was found beaten and pronounced deceased on the scene. 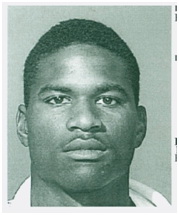 On July 8, 1997, Bernard Baldwin was located deceased in the parking lot of 800 SW 17th Avenue. Baldwin frequented the Riviera Beach area and was known to be involved in robberies of drug dealers.

On December 23, 1995, at approximately 11:00 p.m., Sidney Weitz was discovered inside his white Jeep Grand Cherokee at 1200 S. Swinton Avenue deceased. Weitz’s vehicle was parked and running at the time he was located. Witnesses report observing two black males fleeing from the scene. 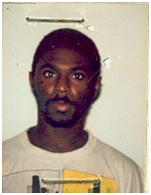 On May 24, 1993, Gelin Lucate was sitting outside (728 SE 5th Avenue) with a friend when two unknown black males approached them and demanded they hand over all their belongings. One of the black males brandished a handgun. Lucate’s friend was able to flee from the suspects, however Lucate was not. A gun shot was heard and Lucate was later located and pronounced deceased with a gunshot wound. All of Lucate’s personal belongings were missing from his person.

On November 13, 1983, Carla Lowe was found in the 1700 block of Depot Avenue deceased. It appeared Lowe had traveled to this location with two black male subjects for the purpose of using narcotics. During the course of this encounter, Lowe was fatally beaten. Lowe’s 1963 Mercury Comet was located in an open field east of 1135 W. Atlantic Avenue.